Chromecast is the ultimate media streaming device, but you might be wondering how to set it up. Check out our guide on setting up Plex with Chromecast!

Plex is a media player that allows users to stream their files to any device. This includes Chromecast, which is the latest in technology and Google TV. The process of setting up Plex on Chromecast with Google TV is very easy and doesn’t require much time or effort. 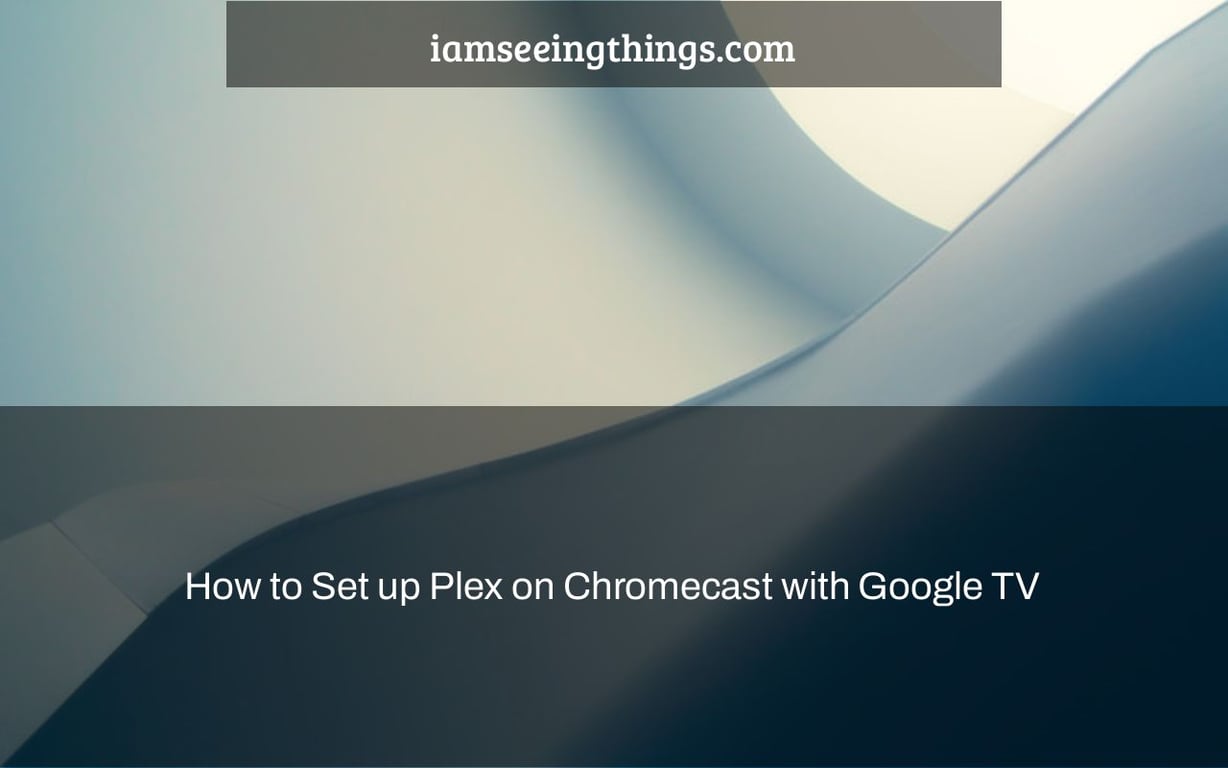 Google just released a new Chromecast gadget dubbed Chromecast with Google TV, which is an update to the original Chromecast. It has an Android TV OS and the ability to download applications from inside the device, unlike earlier versions. Plex is the first software you should attempt if you want to view your own media files on Google TV. The methods to Using Google TV and Plex, set up Plex on Chromecast. and stream media files saved locally on your PC are outlined in the next section.

Three crucial stages are included in the guide:

Install Plex Server on your computer.

You’ll need to install Plex Media Server on your PC to sync your own media files.

1) Go to plex.tv/media-server-downloads on your PC’s web browser.

2) Save the file to your computer and install it.

4) You’ll be sent to a browser, where you’ll need to sign in to your Plex account. On the next screen, choose Got it.

5) Give your server a name and then click Next. To access media on Google TV, check the box next to Allow me to access my media outside of my house.

7) When you’ve finished configuring the server, click Done. After you’ve set up the server, you may start uploading your files.

Plex may be installed on Chromecast and Google TV.

1) Connect your Chromecast to Google TV and go to the top of the screen to the Apps area.

2) You may look for Plex in the Entertainment area or search for it using the Search for Apps button.

3) Type or narrate the name of the app Plex so that Google Assistant may look it up.

4) From the list of choices on the screen, choose the Plex app.

7) After you’ve installed the app, you’ll see an option to open it on the screen.

Using Google TV and Plex, set up Plex on Chromecast.

1) Activate the Plex app using the Plex account you used to set up Plex Media Server. In the top-right corner of the screen, click Sign in.

2) On the screen, an activation code will display.

3) Open a web browser on your smartphone or computer and go to the activation link (https://plex.tv/link).

4) Type the code into the text box provided. Click Link after logging in with your Plex credentials.

6) The Plex software will begin to load on the TV screen. Click Subscribe and follow the on-screen instructions to purchase a Plex pass. If this is not the case, choose Not Now.

7) After a few minutes, all of the media files you uploaded to the Plex Media Server will display on the screen.

Plex on Google TV in a Different Way

You may cast the Plex app from your smartphone if you don’t want to install and activate the Plex software on your Google TV.

1) Make sure your Google TV and smartphone are both connected to the same WiFi network.

2) Go to the Play Store or App Store on your smartphone and download the Plex app.

4) Now choose your Google TV by clicking the Cast button.

5) From the Plex app, play any video material. It’ll show up on your Google TV.

6) To disconnect from the Plex app, hit the Cast button and choose Disconnect.

With the above steps, you can install and Using Google TV and Plex, set up Plex on Chromecast. to access your personal media on your TV. You can also view other content on Plex by adding plugins and subscribing to Plex Pass.

1. Is Plex compatible with Google TV?

Yes, the Plex app will operate flawlessly on Chromecast and Google TV.

2. How can I get Plex to work with my Sony Google TV?

Yes, you may download the Plex app from the Play Store to your Sony Google TV.

Plex is a media player software that allows users to stream their media content on multiple devices. With Chromecast, you can play your Plex content on the big screen with Dolby Vision. Reference: chromecast with google tv plex dolby vision.