A Super Typhoon slammed into the Philippines on Friday, killing at least 375 people and toppling buildings in its path of destruction. Rescue workers were struggling to reach remote areas still cut off from power as soldiers and police cleared roads blocked by fallen trees. The death toll is expected to rise further with more than 50 others missing or trapped under collapsed structures., 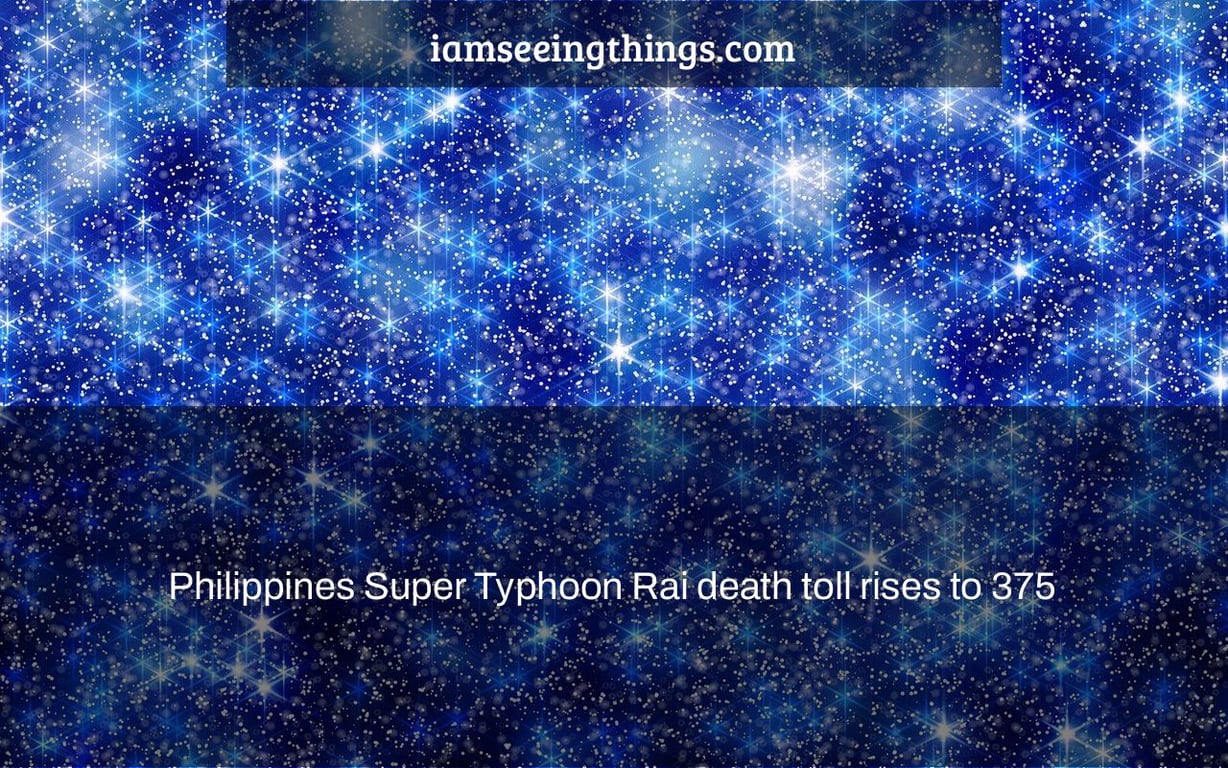 More than 375 people have died in the Philippines as a result of Super Typhoon Rai. This may worsen as a result of a breakdown in communication to numerous places, resulting in a delay in obtaining information. As a result, determining the magnitude of the loss and damages is challenging.

Hundreds of people were wounded or killed when Super Typhoon Rai hit with gusts of up to 120 mph. There are rescue teams on the site, and landslides and floods are feared to be widespread. This might increase the mortality toll. The Philippines Red Cross has informed the media about the lack of critical services like as electricity, communications, and water.

Traveling would obviously be tough. Because today’s society depends significantly on technologies powered by electricity, renewable energy might be a blessing in such instances. The pictures were likened by a Red Cross representative to those of bombed-out regions during WWII.

According to the report, the storm destroyed houses, hospitals, schools, and community structures. The American Red Cross has started an emergency fund-raising campaign to help with long-term relief operations. People have lost their houses and possessions and must reconstruct their life, therefore these are humanitarian necessities. The international community must provide a hand. A storm prompted the shutdown of Hong Kong airports and Macau casinos in September 2018.

Typhoon Rai wreaked havoc on the Philippines’ islands of Siargao, Dinagat, and Mindanao.

Siargao, Dinagat, and Mindanao all received significant damage. The territory has been “leveled to the ground” by the storm, according to Arlene Bag-ao, governor of the Dinagat islands. She also discussed the widespread damage of the fields, as well as the lack of food and water.

The Philippines is hit by roughly 20 hurricanes and typhoons each year. The most powerful typhoon to strike the Philippines in 2021 is Super Typhoon Rai. It arrived at the end of the season. These usually appear between July and October. The commemorates the 2013 typhoon Haiyan. It was the country’s worst storm on record, killing almost 6000 people. Global warming, according to scientists, is a component that leads to catastrophic calamities. They have cautioned that typhoons are caused by increasing global temperatures caused by man-made climate change. Climate change has been a topic of discussion among international leaders. It has been discussed at a number of international conferences, and the leaders have devised solutions.

These must be implemented as soon as possible.

The Philippines has been pounded by the year’s fiercest typhoon.

According to Sky News, the Philippines was battered by the year’s fiercest typhoon. It created a dead trail all throughout the nation. Given the downed communications, determining the death toll is challenging. Due to a typhoon-related power loss, water stations were unavailable. As a consequence, food and drinking water are in limited supply. Due to the harsh weather, several towns and cities were without power. Hundreds of passengers, drivers, and freight workers were stranded aboard ships at several islands, according to the Philippine Coastguard.

Furthermore, landslides and floods have added to the people’s hardships.

People were compelled to resort to their rooftops or climb onto adjacent trees until rescue services came due to the flooding. In addition, residents were evacuated to safety. Three regional airports were destroyed, and air traffic was disrupted as a result of the storm.